Baix Vinalopos Focus Pyme & Entrepeneurship has been the first event organized at the Valencian Community. 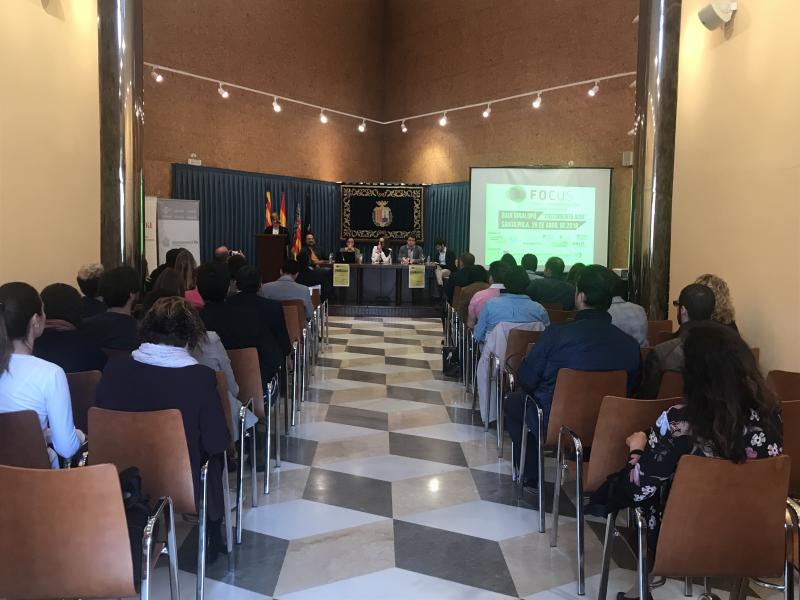 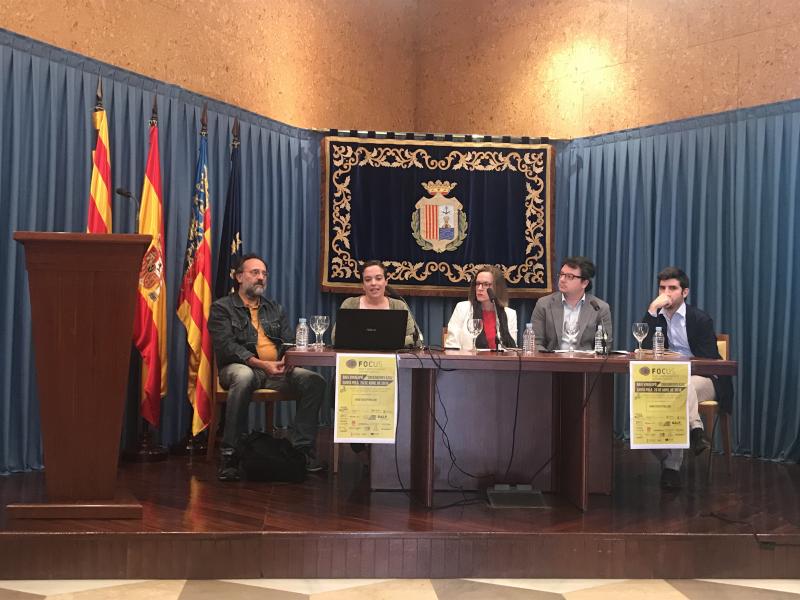 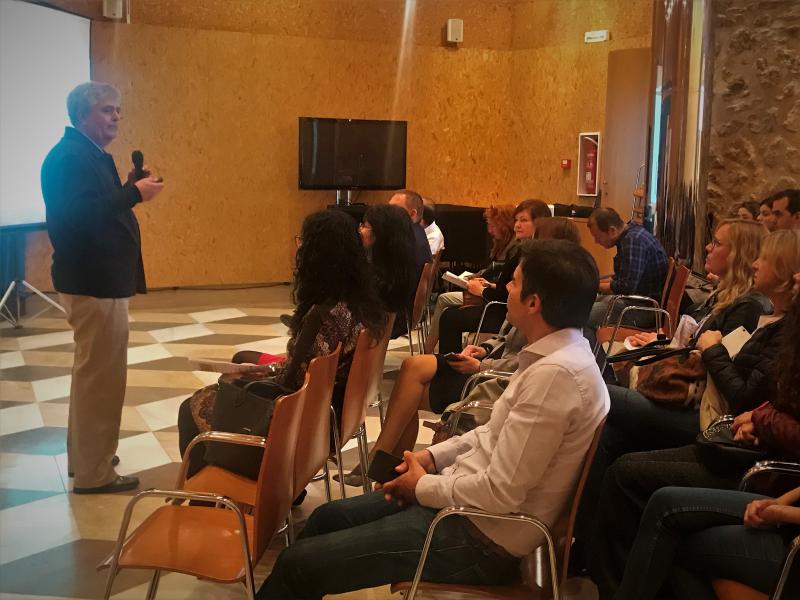 The bastios of the dukes castle fortress at Santa Pola was the scenary during the past Thursday April 26th of the 2018 Baix Vinalopos Focus Pyme & Entrepeneurship. The event, which counted with more than 70 participants, has been the first one organized at the Valencian Community. Its objective was focused on spreading knowledge about Blue Growth possibilities of development of new business opportunities.

The innovation, entrepeneurship and projects potential related to the exploitationof natural resources from seas and oceans were the common thread of the event, which counted with the testimony of bif proffesionals from different sectors such as nautical, engineering, business, as well as alimentation.

The conference started at 9.30 with the welcoming of Santa Pola´s Major, Yolanda Seva and the CEEI Elches President Jose Javier García Zamora, who was the person in charge of introducing the fist round tableabout Blue Grwoth in Europe. Argentina Bonmatí, Galps manager, started the round table with a brief explanation of the actions that are taking place in order to promote the development of the territory, through out the European union Blue Growth Strategy. Bonmatí pointed out that, from Galp, they also look for the conection between proyects and people with the resources to generate a collaborative and dynamic ambient. Juan Pablo Torregrosa, representative from CEEI Valencia and coordinator of the Maestrale Project, with Javier Abanades, responsible of offshore innovation projects at Typsa, explained the European projects regarding removable marine energies taking place. Torregrosa introduced the Maestrale project and stated the importance of Energy Blue Labs in order to detect reliable and sustainable proposals regarding blue energy. Moreover, while Abanades was explaining the steps in wich they have developed the Demogravi3 project, Torregrosa focused on the importance of implementing a business plan in any type of project in order to achive the success expected.

The technololy of alimentation professor of UMH, Jose Ángel Pérez restarted the evnts after the Coffee Break with a talk about 5S food, a trend that seeks for he creation of healthy, safe, tasty, sustainable and socially accepted dishes. The professor focused on the importance of hesitating to believe everything that is published about food, considering that most odf the trends promoted dont have any scientific base.

The companies at the UMH Cientific Parc, Iberogen, Alpha Spirit and Ilice Photonics, together with Santapolera and Dropson, shared a table to talk about the projects taking place regarding Blue Growth. Carolina Lazcano, form Iberogen talked about the actions and genetic studies to different species that can contribute to an improvement of the environment. On the other hand, the Quality Director of the animal fodder company Alpha Expirit, explained how through fresh products such as fish, they elaborate all their fodder , with the objective of promoting a healthy alimentation for animals. Daniel Puerto, manager of Ilice Photonics, a centralized spin off in the field of phonics, proposed different solutions for the fishing sector. One of the suggestions which got the biggest interest was the use of a laser processor to end with the Biofouling in the hulls of boats. Alain Hierro, manager of the water treatment company Dropson, stated the benefits of the filtering water can they have created as opposed to the risks of contamination that bottled water entails.

The event concluded with a round table about Turism and Blue Develpoment, in which Fernando de Rojas, Mediterranean Maritime Asociations president, together with Jose Luis Fayos, international responsible of the National Nautic Enterprises Asociation, talk about the current situation of the recreative nautic at the Valencian Community, to argue the growth it had these past few years, and the entrepreneurship potential of this sector still to be developed at the Valencian Community.

The event, which is part of the territorial actions of the SME Focus and Entrepreneurship of the Valencian Community, was supported by the entrepreneurial ecosystem of the Baix Vinalopó.